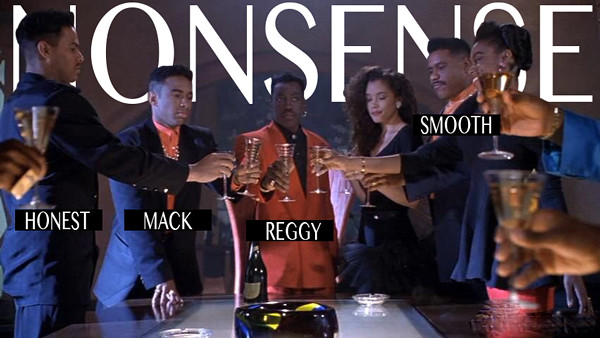 French Reggy is not on the show this episode, and Smooth tries to use this opportunity to talk about how original this episode feels. The jealousy drips from his words about Reggy. Then he goes into a movie quote that he just doesn't remember correctly. And this is a black classic. In any event, he tries to get me and Mack pretend we are CMB from New Jack City. You remember...CMB, WE ALL WE GOT! But, different.

Jamie Mack has come to recognize that the powers that be are breeding all of us into being Super Slaves. But not your average typical field worker. We just work long hours and make other people lots of money. No matter how early he gets up to leave for work there are lots of other slaves just like him already behind the wheel.

Smooth believes that Indians are not as smart as Mississippians. In fact, all they do is sit around all day eating breakfast and lunch. However the data does not support that. I found out that Mississippi is one of the dumbest, brokest, least educated states. Did anyone think otherwise? Name one person that you like from Mississippi.

I find a correlation between smarts and money. I know, that's a culturally biased thing to say. But I didn't make this world. I just live in it.
...