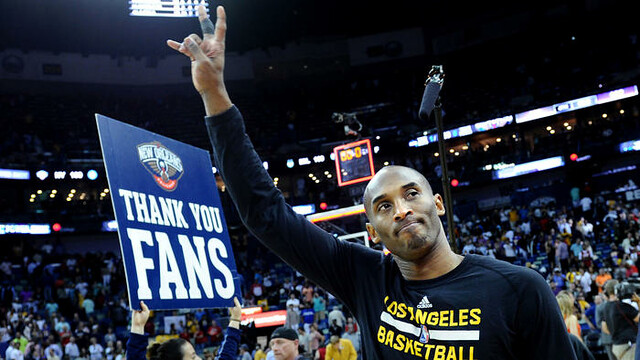 I had to come on and pay tribute a true Laker Legend! Kobe Bean Bryant called it a career last night, but not before giving us one lasting performance to remember him by. Like a lover trying to set the bar knowing this was their last opportunity.
I try to reconcile my thoughts from watching Kobe as a selfish rookie shooting air balls; the guy next door that all Dads wanted their daughters to meet; the MONSTER of Colorado; being SHAQ’s nemesis; becoming the Black Mamba, becoming an old broke down has-been , to last night…
I knew this day was coming but now that its here, I can truly say that I was witness to one of the greatest to ever play the game. I am privileged by the fact that he played for the team I rooted for all my life. Whether you love him or hate him, you have to respect him. Last night just proved that.
Thanks for the Memories Kobe